36
RoundupSettlements@pintas.com
800-882-0333
Thank You For Submitting Your Information
1
Roundup Claims

You May Have A Case!
Based on the information you provided to us, it appears that our experienced lawyers may be able to help you! Click the button below to sign a contract with us:
Sign Up Now

Is Your Cancer Caused by Roundup?

Is Your Cancer Caused by Roundup?

Our national Roundup lawyers will investigate for free. Monsanto's Roundup is one of the most widely used herbicides in the world. Farmers, landscapers, nursery workers, as well as home gardeners have used this weed killer-- unaware and unwarned of any potential cancer risks.

Monsanto's parent company, Bayer, has agreed to a $10 billion settlement to resolve more than 95,000 lawsuits which allege that its weed killer, Roundup, causes cancer. You have a limited time to file a claim, so don't wait!

There is mounting evidence that Monsanto knew about the carcinogenic effects of its product and continued to prioritize billions of dollars in sales instead of recalling or changing the formula. This lack of ethical standards is inexcusable. File your claim today to hold mega-corporations Monsanto and Bayer responsible for marketing and selling an unsafe product to millions of consumers. 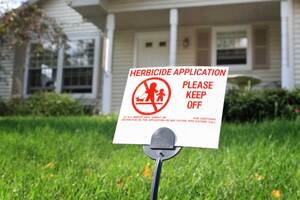 Research shows that Monsanto had known Roundup weed killer was carcinogenic for several decades, but chose to bury the risks as product sales continued to skyrocket in the USA and abroad. The active ingredient in Roundup is glyphosate, which has been classified as cancer-causing by the International Agency for Research on Cancer, a division of the World Health Organization.

Until recently, Roundup’s toxic impact on the public was uncertain due to conflicting claims about the link between the formula and cancer diagnoses. In the last few years, Roundup trial cases have brought to light the manipulative manner in which Monsanto hid dangers from the public.

Evidence obtained through trial discovery detail internal emails in which Monsanto personnel express concern over the building evidence of toxicity with its herbicides and the voluntary failure to conduct carcinogenicity testing of its formulations, and company scientists discuss ghostwriting scientific literature. Furthermore, trial evidence uncovered Monsanto’s cultivation of friendly officials within the Environmental Protection Agency (EPA) for backing, and secret payments made to groups like the American Council on Science and Health (ACSH) in order to promote the safety of Monsanto’s herbicides.﻿

Bayer has agreed to pay $10 billion to settle cancer claims related to Roundup, but isn’t going to stop selling the product or add warning labels about safety.

According to the deal, $8.8 billion to $9.6 billion was set aside for current litigation, including a buffer amount to cover claims not resolved yet. $1.25 billion has been set aside for future claims from Roundup users with non-Hodgkin’s lymphoma. Part of this amount will also be used for an independent expert panel which will decide whether glyphosate causes cancer and what exposure level or dosage of glyphosate would be dangerous.

Bayer still faces at least 30,000 claims from plaintiffs who have not agreed to join the settlement. Additionally, the company has still not admitted any liability or wrongdoing.

If you or a loved one were exposed to Roundup through an occupation or property (i.e. home and garden use) and were diagnosed with a form of lymphatic cancer, the time to file a claim is now. Join the thousands of individuals holding Monsanto accountable for its irresponsible actions.

The first set of roundup settlements are expected be paid to clients in as soon as 6 months. Bayer is moving to settle these cases quickly, so file your case today.

© Copyright P&M Law Firm PR, LLC. All Rights Reserved. Pintas & Mullins represents clients in every state. THIS IS AN ADVERTISEMENT. Hiring an attorney is a serious matter and should not be based solely upon advertising. An attorney-client relationship is not created when you call or submit a web form. Past performance is no guarantee of future results. Prior results do not guarantee a similar outcome. Results will depend on the facts and all factors involved in a particular case. In the absence of recovery, client is NOT liable for attorney fees. Pintas & Mullins Law Firm PR, LLC is a law firm located at 250 Ave. Luis Muñoz Rivera, Suite 300, San Juan, PR 00918. William Pintas and Laura Mullins are licensed in Illinois and will maintain professional responsibility on accepted cases even when they may partner with firms in other states where licensing may be required. Not available in all states.